Recently, the Ministry of Economy, Industry and Competitiveness has funded with 19,360€, our researcher Joana Abrisketa’s project “The asylum policies of the European Union: convergences of the internal and external dimensions” (ref. DER2017-82466-R) for the 2018-2020 period.

The above-mentioned project takes as starting point the failure of the Common European Asylum System and the current reform tackled by the EU on the asylum policies, with the aim of proposing realistic and sustainable recommendations that can improve the asylum processes of the EU both in its internal and external dimensions.

In this context, three hypotheses are considered. Firstly, the asylum policy of the EU is circumscribed within a global tendency of stopping forced migration, which is perceived to be a menace for stability, and it hardly takes into consideration other policies that can be more realistic on the long term, such as the regulation of the cited migration or the implementation of measures against human trafficking. Secondly, the mechanisms of the current Common European Asylum System are not following any principle of solidarity or guaranty of rights, required to the EU and its Member States and neither is it modified with the new reform. At last, the external dimension of asylum, that is, the cooperation of the EU and its Member States with third countries can seem controverted regarding the exercise of competences of the EU and referring to the conformity with human rights of the asylum seekers.

Therefore, based on the previous information, the following objectives are set out:

The session was focused on the analysis of how the social organizations and the Administration tackles the supply of services to society, the synergies originated, the difficulties resulted from that interaction and the proposals that the assistants, each from their different professional perspectives, think to be the best solutions to the mentioned problems.

The session has been achieved in the context of the Solidarity in the European Societies: Empowerment, Social Justice and Citizenship Programme. 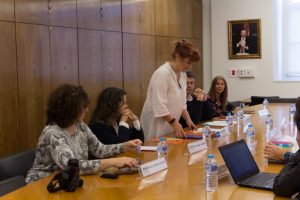 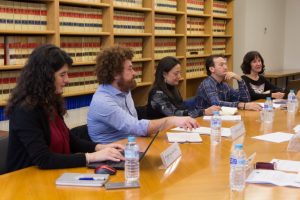