When did you study in Bilbao?  Why did you choose the University of Deusto?

I studied in Bilbao from September 2008 to May 2009. I wanted to fully experience Spanish culture and language. I knew that one semester would not give me enough time to become fluent.  One reason I chose the University of Deusto is that one of my professors is from Bilbao and told me such good things about it.  Another reason is that Bilbao is not like many other cities.  It hasn’t been taken over by tourists and the English language. Two languages are spoken there: Spanish and Basque.  After I studied in Bilbao, I realized that I had written about Spain, and Bilbao in particular, when I was a child.  So it seems I was destined to travel and study in Bilbao.

What are your memories of the months you spent in Bilbao?

I remember the times with new friends from American universities.  I also remember my Basque host family. I lived with Isabel, the mother; César, the father, and my host sister Juncal and two cats.  There were another two brothers who came to visit sometimes.  I loved travelling to different cities and countries.  My favourite trip was to the French Basque Country.  I would love to spend the rest of my life in Biarritz. 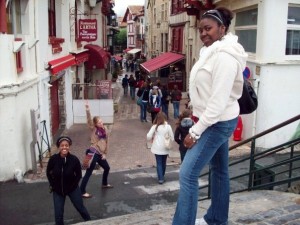 It was the first time I had the privilege of being in contact with so much history and experiencing everything so slowly and enjoyably.  In the U.S. the entire country is rushing around, without stopping to enjoy special moments or family occasions.  It’s a rat race! Bilbao was just so different.  Shops close to give people time to have lunch with their families and take a siesta.  My health improved while I was there and I lost weight.  I loved walking everywhere and going to parties.  It was great.  Of course, the experience depends on you.  The more you do, the more experiences you have.  Although I did loads of things during my studies, I never forgot the reason for being there: to learn and become fluent in Spanish. Spanish was my major. 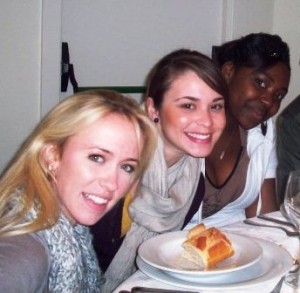 Do you think studying abroad has made a difference for you?  Would you recommend it to other students?

Studying abroad was a great experience for me.  Now I am working at Texas State University at San Marcos.  This university serves Spanish-speaking students.  A Spanish-speaking colleague recently asked me to correct a letter of recommendation he had written for one of his assistants in Spanish.  There are students and colleagues I can speak to in Spanish in my building.  This helps me and the people around me. 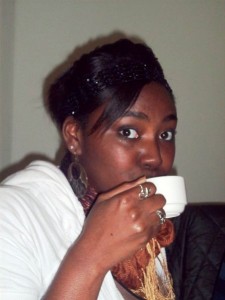 I have students who want to study abroad.  And I encourage them to do so because of my experience.  University is the perfect time to study abroad. There is money available, there are special foreign students offices and it is safe because your university has contacts with foreign universities. The chance to grow and experience life in another country is priceless.  Money is not the main thing.  The experience, the contacts and the memories are what matter in the long run. JUST DO IT!

Our video for the Spring 2022 - Closing Ceremony.