If you ask anyone to tell at least 3 names of famous scientist, you will realise that all are male scientists. And you?, can you name 3 female scientist? Probably only Marie Curie will pop up in your mind, thanks to the European grants with the same name. But, there are actually plenty of women that made awesome scientific work despite the times they were living, and people barely know them. Some examples are: Ada Lovelace, creator of the first algorithm to be executed by a machine; Vera Rubin, astronomer whose pioneered work on galaxy rotation, or Carolyn Widney «Carol» Greider awarded with the Nobel prize for Physiology or Medicine, along with Blackburn and Jack W. Szostak, for their discovery that telomeres are protected from progressive shortening by the enzyme telomerase, among much more women …

In this context, some international initiatives are trying to foster female research in different areas. Bringing female scientists together to empower the work done and to show the progress done in their fields. It is just a way to show how powerful are the work and progress done by us, as women.

As a matter of example, check this conferences from my areas of research:

Probably, there are plenty in other areas, just look for them!

There are also communities of women grouped according common interests, such as WILMDS (Women in Machine Learning & Data Science), join them in http://wimlds.org/ or Women in Science http://www.awis.org/ . The goal is to unify common activities and promote joint work towards female interest.

And in KTH, informal female lunch meetings are usually made by female KTH researchers, showing their progress, work and difficulties. I personally attended, and it is just a nice place to have lunch and discuss common interests and issues. I was really surprised that women share the same concerns and issues regardless the research area. I

So, it is our turn and it is our moment to change the trend! Pick up the examples I showed here. If there is a group in your area, join it! And if not, maybe is your opportunity to do your small contribution and start the change ! Go for it! 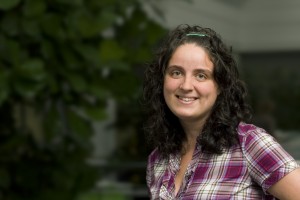 **Carmen Alonso Montes is Postdoctoral Fellow at BCAM – Basque Center for Applied Mathematics, in the “Computational Fluid Dynamics – Computational Technology Group. Currently, she is at KTH, in a research stay for 4 months. Se was previously researcher and project leader at Tecnalia and Ik4-Ideko. Her research interests are medical image processing,neuroimaging, embedded systems and blood flow simulations.

Latest posts by (see all)