Home / Notes and thoughts from the OECD Forum 2017

Notes and thoughts from the OECD Forum 2017 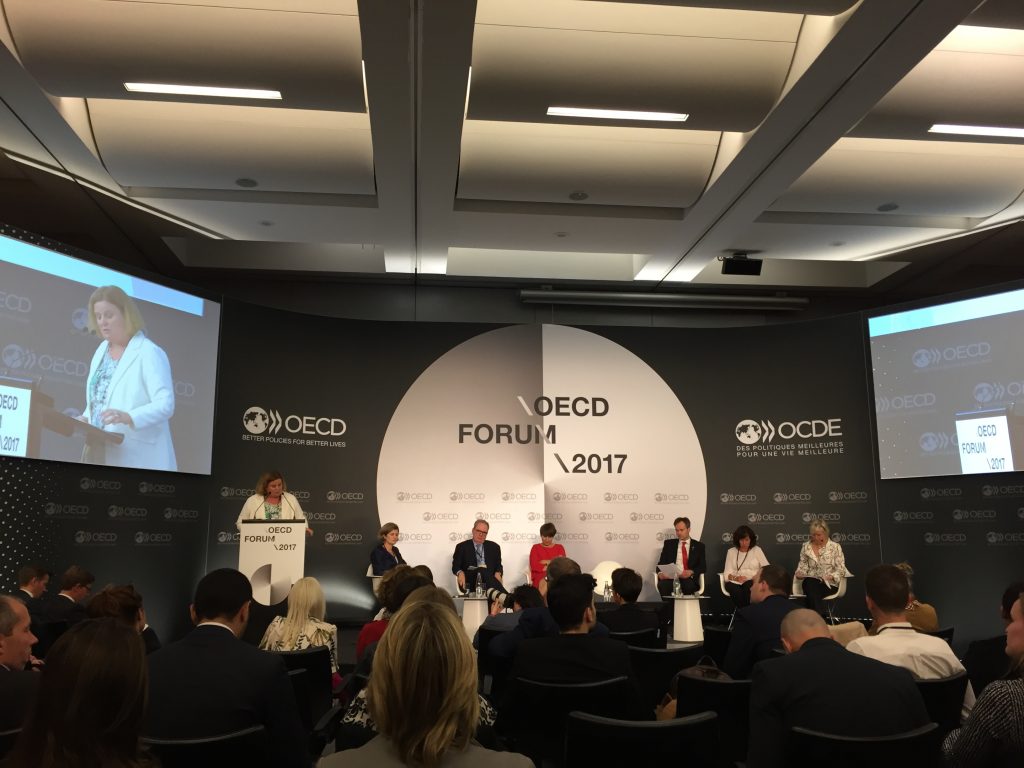 Bridging Divides – Us and them

The Organization for Economic Cooperation and Development (OECD) chose to use black and white as the colors of the 2017 Forum. The theme of bridging divides focused on a more developed and integrated society where natives connect with immigrants, women are equally integrated with men and where Artificial Intelligence does not replace but strengthens human existence.

The OECD Forum held on the 6th and 7th of June in Paris was an intense exchange of information and networking of academics, policy makers, business managers and politicians. A number of parallel seminars, talks, panels and interactive workshops were condensed into two days for about 3,000 participants. Technology was in evidence and a principal topic of discussion. Its exponential advances and impacts on society were envisaged as means to bridge the divides and to finding solutions for inequalities, financing for development, a post-truth world, an ageing population, responsible business conduct, cashless society and many more quandaries that confront society today. This year’s 70th anniversary of the Marshall Plan was mentioned throughout the two days to emphasize the benefits of collaboration and integration among nations in times of distress. In this spirit, during the Ministerial Council Meeting member and non-member OECD states signed (and some formally expressed their intention to sign) the Multilateral Convention to Implement Tax Treaty Related Measures to prevent base erosion and profit shifting (BEPS) by multinational enterprises. This important cooperation among countries is intended to close loopholes in thousands of tax treaties worldwide and possibly prevent future abuses by multinationals, as seen in the Luxembourg Leaks. Although disagreements among nations can occur during these types of negotiations the consensus that the OECD and other panels attempted to promote was the necessity to standardize and regulate in an ever more modernized society in order to avoid more tax havens and more unethical economic behavior.

In order to face issues like these the rule of the game is to standardize and have more regulation, as was stated in the panel of Financing for Development. Money to finance development has been consistently increasing and development aid reaches every year new peaks as shown in data collected by the Development Assistance Committee (DAC). However, the problem persists with the unequal distribution of this wealth and aid to poorest countries decline. It is exactly this distribution that should be established in national frameworks within the 17 Sustainable Development Goals of the 2030 Agenda for Sustainable Development in which countries should “mobilize efforts to end all forms of poverty, fight inequalities, and tackle climate change”. The important debate in this case is to secure the participation of multinationals and not only governments to promote this change. Within the Addis Ababa Action Agenda these goals gained support for the implementation of the new agenda with concrete policies and actions, unfortunately the private sector was not part of this agreement. Isabelle Kocher, CEO of Engie, pointed to where governments and the private sector should be heading and working together. This was coined as the 3D world: decarbonized, decentralized (energy infrastructure where local facilities can produce and store energy) and digitalized (a world of data management and software). She added: “In Africa, for example, it is possible that they will go directly to a more decentralized infrastructure”.

All existing worries aside, with the United States (US) backing out of the Paris agreement on climate change, it is actually China that is of the most concern at this moment, in case it might follow in the footsteps of the US. Shiji Gao, Director and Research Fellow People’s Republic of China, preferred to assuage Forum participants by stating that “climate change is embedded in the national development plan strategy in China”, e.g. innovation, R&D and entrepreneurs for green development.

With Denmark as chair of the Ministerial Council Meeting, various panels discussed whether a Nordic model could be applied in other countries in order to attain equal and fair development for the citizens. Could this same model be applied in Chile, for example? Developing countries in Africa and Latin America have other issues to approach before thinking of applying a Nordic Model. The Minister of Economy and Finance of Peru, Alfredo Thorne Vetter, expressed first and foremost the need of infrastructure to generate growth. Sufficient infrastructure is the essential component lacking in many developing countries around the world. Furthermore, currently in Brazil, for example, there is a significant regulatory and governance deficit to overcome. Cesar Cunha Campos Executive Director of the Fundação Getulio Vargas think tank had a very optimistic view of his country when he said that there is already a different atmosphere in Brazil after the recent implementations of anti-bribery measures (Clean Companies Act and Brazil State Government Act). However Brazil is still a relatively restricted economy and there is still much work to be done before even considering a Nordic Model.

The Universal Basic Income (UBI) or welfare state, applied in Nordic countries, has had a controversial influence in Brazil in a limited form with the Bolsa Família. While the Workers Party acclaimed the basic income for eradicating misery and building a new middle class, critics say it was more useful as a campaign weapon. Guy Standing, Professorial Research Associate at the University of London and author of Basic Income: And How We Can Make It Happen said that UBI is a matter of social dividend and an ethos of social justice. He added to what concerns his recent research: “Those who had a basic income were able to say no to oppression”. Finally, although in Brazil Bolsa Familia could have been a successful weapon to change political allegiances, it is important to note that along with other drivers during the following years Brazilian society became more demanding for an ethos of social justice.

For the first time in the OECD Forum, surveys conducted by the Pew Research Center were held to measure the emotions and perceptions of the participants, primarily to the economic future and social development the world will face in the upcoming years. The discourse throughout the Forum given by speakers and OECD representatives in panels was optimistic, but the survey, that chose to compare the opinion of Forum participants with those from the outside world, had a bigger negative response. Many in this case doubt the next generation will be better off. 70% of French interviewees, for example, believe that the future will be economically more difficult for their children, the majority in Greece (73%) and Spain (69%) feel the same.

Civic Technology – Ground for experimentation in a distrustful society

The discussion from the panel Online Engagement for Offline Empowerment focused on the role of civic tech for citizen empowerment. The distrust existing within society and their skepticism of the future is perceived as an opportunity and ground for experimentation with civic tech. Bridging the divide here is not only for the civic tech practitioners to be overly dependent on online engagement with civil society, but also to align it with offline empowerment. Building a digital democracy with tools and conceptions such as blockchain, fintech and liquid democracy is a free open way where technology can help citizens to engage in politics and make government spending and voting more visible and transparent. However, as technology becomes more and more entrenched in society, the vision that it is probably the future of work and that technology is the only means to get jobs and achieve professional success can be a scary idea for the ordinary man. The panelists believed that coding should be part of the curricula in all schools and that children at an early age should already have the chance to dive into the world of algorithms. What kind of future would this be like? Would we see more college drop outs? Or at an even earlier stage in school? Does this mean that a culture of technology is more important than the natural process of knowledge formation and general culture acquisition?

Whose world is this?

There is then a need for reflection on what kind of digital world we want for more economic fairness: One in which civic tech will work for and engage a population ever more distrustful of business and political leaders, or one where data mining and data analysis will be persistently used for fraudulent ends, as was the case of Cambridge Analytica accused of engaging in this during the U.S. elections and Brexit. Technology has acquired significant status in society and there is a need to understand if it dictates the way we live our lives and how it determines our culture, or alternatively if our use of technology and our control over it is what will really shape the society we live in. 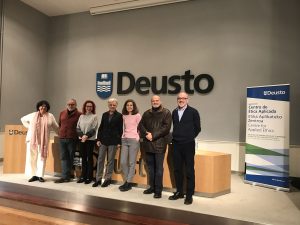 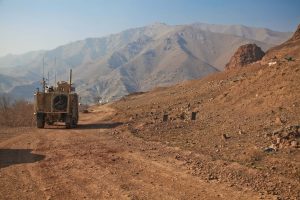 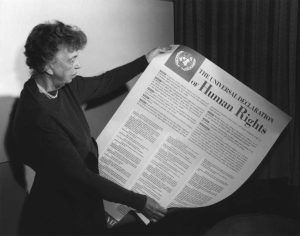 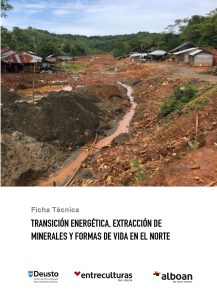