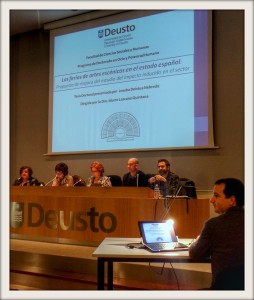 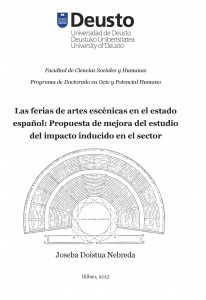 The Chair in Leisure and Knowledge of the Institute of Leisure Studies at the University of Deusto will be holding OcioGune 2016, International Forum for Research, Thought and Reflection on Leisure.
The central theme of this XI. edition will be “Leisure risks: contemporary answers and challenges”.
This event, which is an open forum for discussion between researchers, experts and professionals, will be held next 9 and 10 June at the Bilbao campus of the University of Deusto.

The deadline for submitting the communication papers is 14th March, 2016. The summary shall consist of maximum 250 words and it shall only be text. The communication proposals have to be sent by the online form. bit.ly/1RDOHuo 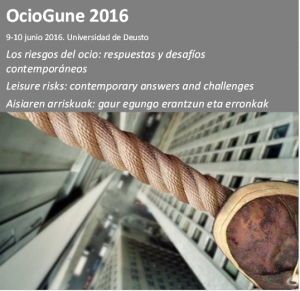 The Third International Congress of Cultural Studies, in association with the Doctoral Programme in Cultural Studies/the Universities of Aveiro and Minho has focused on ‘Leisure Studies and Free Time in Contemporary Culture’ as its central theme. The event will comprise a series of conferences and presentations of results from research groups exploring issues in relation to the central theme, involving the study of cultural and social realities in Portugal, Spain and Brazil, amongst others, particularly focusing on the Iberian-American context.

The congress is a means towards promoting interaction between researchers, students, teachers and members of the general public with an interest rethinking concepts and the ways in which Leisure, Free Time and Idleness are viewed in our day and age.

Current research regarding Leisure Studies and Free Time has become increasingly important in academia (and in day-to-day contexts), not least due to its multidisciplinary nature, linking with areas such as work, consumption, the entertainment industry, the arts and culture. In current society, which tends to concentrate on the value of work, Leisure Studies are presently being highlighted as a means of which social cohesion may be promoted, due to the adverse effect which the present crisis has on the institutions which previously fulfilled this role.

Capitalist logic has shaped “ways to be” – which occupy the time that we previously allocated for rest, fun and human development – thus this logic has also had an impact on the industrialization of Leisure. In this context, Leisure is transformed, acquiring new significance and conjuring new understandings. Thus, Leisure continues to be as controversial as it is relevant and complex. In effect, despite being impossible to ignore, the knowledge and appreciation of the role of Leisure in development and in the culture of contemporary society remains difficult, as the subjects were not prepared for the dignity and importance of the autonomous experience which is a result of having time to “do nothing”.

On the contrary, this is something that we have come to regard as a “sin”. Paradoxically, Leisure time draws us towards a fuller subjectivity, to a more intense and profound sense of both our own talents, and those of others. Leisure is a perfect opportunity for creativity, invention, curiousity and subjective self-fulfillment.

In today’s world, a culture of excess and of urgence has triggered strong feelings of anguish, fragility, individualism and consumerism. Sensations and emotions immediately lend an affectionate tone to daily life, a momentary experiment in a world driven by consumerism. Thus, we often refer to Leisure and Free Time in this context, even without realizing that these concepts are also aimed at such moments of human existence.

The Third International Congress in Cultural Studies, organised by the University of Aveiro and promoted by the Universities of Aveiro, Minho (Portugal), Deusto (Spain) and Fortaleza (Brazil), aims to explore these perplexities: to ask ourselves what the word Leisure means for us today, and how we integrate it into our daily lives; why it is necessary to reflect on this existential dimension and how Leisure Studies and Free time are related in contemporary cultures.

Given the various meanings and uses of the term ‘Leisure’, we must aim to classify it from both a human and a cultural perspective, based on the idea that it should be treated as an integral experience, centered on favored pastimes (free and satisfactory), self-sufficient (ends in themselves) and personal, without individual or social implications (Cuenca, 2008).

Would it be possible, in the realm on contemporary cultures, to understand a form more natural or richer than Leisure in the lives of citizens or communities?

It is from this perspective that we invite all researchers to participate in this international academic form, which will take place on the 28th and 29th of January, 2013, in the Department of Language and Culture, at the University of Aveiro, Portugal.

The official languages of the Congress are Portuguese, Spanish and English, but participants may use any language which is comfortable during their presentations. The Organizing Commission requests that all participants must send a version of their texts in English, which will be projected during the Congress presentation, to ensure that the majority of the attendees can understand all of the communications. 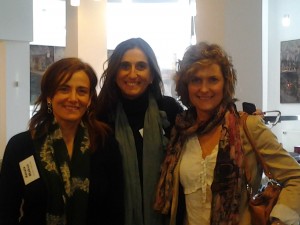 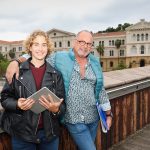 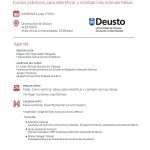 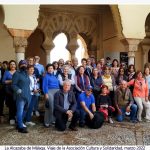